Microsoft is releasing its Windows 10 October 2020 Update to over a billion users today. Much like last year, this second Windows 10 update of 2020 is more of a Service Pack than a major release. Microsoft has, however, made some interesting tweaks, including a refreshed Start menu, some Alt Tab changes, and the bundling of the new Chromium-powered Microsoft Edge.

The biggest visual change is, of course, the updated Start menu. Microsoft’s new design kills off the solid color behind app logos and adds a transparent background to tiles instead. The end result is a Start menu that’s functionally the same, but that’s a lot easier to scan to find your apps.

Microsoft’s second significant change is how Alt Tab works. Traditionally, you use Alt Tab to cycle through desktop apps that are open in Windows, but the list now includes all open tabs in Microsoft Edge. Microsoft is allowing Windows 10 users to switch back to the classic Alt-Tab experience, though.

The final important addition is related to PC gaming. Microsoft has never made it easy to set up and control monitor refresh rates in Windows, leading to many forgetting to enable 144Hz or higher modes on their monitors. You can now switch to higher refresh rates directly within the Windows 10 settings panel (Settings > System > Display, Advanced display settings). It’s better than jumping into a legacy interface buried in settings or having to control this from AMD or Nvidia’s apps.

Microsoft’s other improvements to Windows 10 with this October 2020 Update are even more minor. Notifications now include app logos at the top to make them easier to manage and identify, the taskbar has been decluttered for new Windows 10 users, and tablet mode no longer shows a notification if you’re using a 2-in-1 laptop. 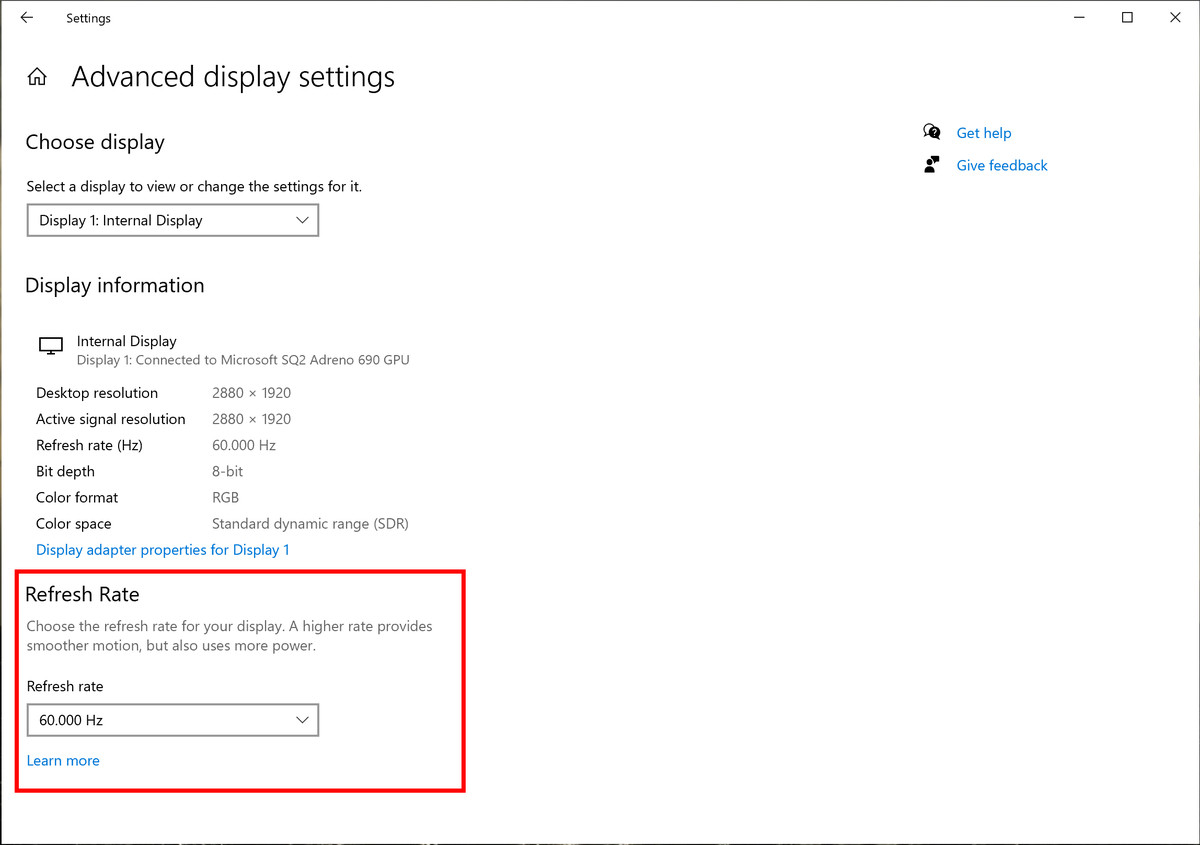 While the Windows 10 October 2020 Update is available today, there’s a chance you might not be able to install it just yet. Microsoft typically takes a gradual approach to its Windows rollouts, and this one is arriving in the middle of a pandemic where everyone is relying on laptops and PCs more than before.

“We are taking a measured seeker-based rollout approach to the October 2020 Update,” explains John Cable, Microsoft’s head of Windows Servicing and Delivery. “We are throttling availability over the coming weeks to ensure a reliable download experience so the update may not be offered to you right away. Additionally, some devices might have a compatibility issue for which a safeguard hold is in place, so we will not offer the update until we are confident that you will have a good update experience.”

If your device is immediately supported, then you can check for the Windows 10 October 2020 Update in the Windows Update section of settings (Settings > Update & Security > Windows Update). Otherwise, this latest update should appear in the coming weeks.